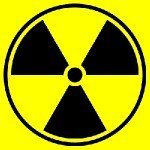 Six underground tanks that hold a brew of radioactive and toxic waste at the nation’s most contaminated nuclear site are leaking, US federal and state officials said Friday, prompting calls for an investigation from a key senator.

Washington Gov. official J. Inslee said the leaking material poses no immediate risk to public safety or the environment because it would take a while — perhaps years — to reach groundwater.

But the leaking tanks raise new concerns about delays for emptying them and strike another blow to federal efforts to clean up south-central Washington’s Hanford Nuclear Reservation, where successes often are overshadowed by delays, budget overruns and technological challenges.

US Department of Energy spokeswoman said there was no immediate health risk and said federal officials would work with Washington state to address the matter.

Regardless, senator Wyden will be asking the US Government Accountability Office to investigate Hanford’s tank monitoring and maintenance program. He is the new chairman of the Senate Energy and Natural Resources Committee.

US State officials just last week announced that one of Hanford’s 177 underground tanks was leaking 150 to 300 gallons a year, posing a risk to groundwater and rivers. So far, nearby monitoring wells haven’t detected higher radioactivity levels.

The federal government built the Hanford facility at the height of World War II as part of the Manhattan Project to build the atomic bomb. The remote site produced plutonium for the bomb dropped on Nagasaki, Japan, and continued supporting the nation’s nuclear weapons arsenal for years.

Today, it is the most contaminated nuclear site in USA, still surrounded by sagebrush but with Washington’s Tri-Cities of Richland, Kennewick and Pasco several miles downriver.

Share and Enjoy:
This entry was posted in Green Warnings and tagged nuclear, nuclear power. Bookmark the permalink.