(BRUSSELS) – Europe and the United States headed for confrontation Wednesday after the EU won key legal backing for its proposal to slap carbon emissions charges on all airlines in its airspace from January 1. 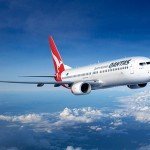 The European Union’s top court threw out a bid by US and Canadian airlines to block the introduction of the scheme in a ruling that was warmly welcomed by the bloc but triggered an angry response from Washington.

Though not a party to the case, the US Department of Transportation said it “strongly objects, on both legal and policy grounds, to the EU’s plan to impose its own policies on other countries”.

The US airlines association that brought the case before the court said it would mull further action in the English High Court, but meanwhile would comply with the EU — though “under protest.”

North American carriers argued the decision was discriminatory and amounted to a backdoor tax.

But the European Court of Justice (ECJ) ruled that the EU’s approach was valid, and that it “infringes neither the principles of customary international law at issue nor the Open Skies Agreement” covering trans-Atlantic flights.

The decision was welcomed by the European Union, which told US airlines to get ready to obey the law in the same way EU companies respect American regulations.

Share and Enjoy:
This entry was posted in Innovations & Technology and tagged airplane, carbon, eco charges. Bookmark the permalink.