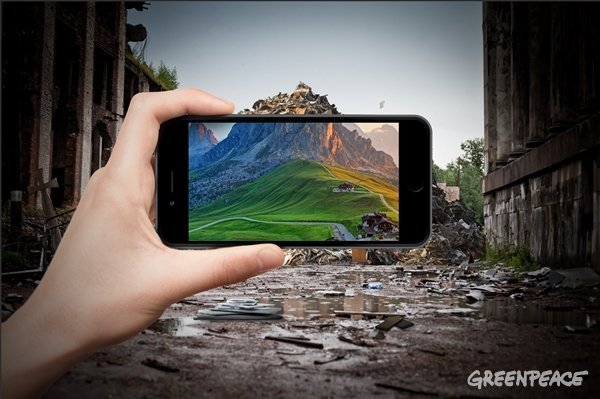 What happens when your mobile phone dies? Which country is most likely to recycle? And do people repair their phones or just simply throw them away? We did the research to find out…

Believe it or not, the humble smartphone puts enormous strain on our environment – from the moment they’re produced to when they’re disposed of to be buried in a huge pile of e-waste. That’s why we commissioned Ipsos MORI to conduct a survey across six countries: USA, Germany, Russia, Mexico, South Korea and China. We wanted to find out what people look for in a smartphone, what their habits are – do they repair, who do they think should be responsible for recycling?

And the findings surprised even us!

1. Keeping up with the Jones’ is tiring! Most people think too many new phone models are being released.

More than half of respondents surveyed think that mobile phone manufacturers release TOO MANY new models, and agree that they could live with changing their mobile phone models LESS often.

2. Who should recycle your phone when it dies: you or the company that produced it?

What do you do if your phone dies? Does it sit in your draw, end up in a e-waste site in Ghana, or does it get recycled and reused?

Nearly half of respondents surveyed in all countries think that mobile phone manufacturers are the MOST responsible for providing access to recycling to their customers. Wouldn’t it be cool if companies made it as easy as possible to recycle, from the way it’s designed, to collecting it for re-use?

3. *Nearly* everyone wants a mobile phone that lasts longer.

This seems obvious. 4 in 5 respondents believe it is important for a new smartphone to be easily repaired if damaged. This rises as high as 95% in China, 94% in Mexico and 92% in South Korea.

But with nearly three million metric tonnes of e-waste generated from small IT products alone such as mobile phones, it still seems a LOT is going to waste!

4. China leads the world in getting their phones repaired!

….Well, at least out of the six countries we surveyed! We found that respondents in China (66%) and Korea (64%) are more likely to have had their phones repaired, compared to those in the US (28%) and Germany (23%).

5. Hazardous chemicals in my smartphone? No thanks!

I bet you didn’t know that many hazardous chemicals are used to make your smartphone. For instance, some hazardous chemicals that are used in the manufacturing processes, like benzene and n-hexane, are carcinogenic while others can cause various adverse health impacts.

4 in 5 respondents consider it important that a new smartphone is produced without using hazardous chemicals.

So what does this all mean?

It seems most people are sick of the way phones are so easily disposable and the way we are marketed a never ending cycle of new trends. But really, we just want to own a phone that lasts, is easily repairable, and can be recycled. What’s more, we don’t want it produced with nasty hazardous chemicals or disposed of in e-waste sites around the world.

That’s why we’re helping bring together techies, designers, and people that love their gadgets together to demand a new way of thinking about our electronics. We need gadgets as innovative for the planet as they are for our lives…

The future is in our hands, let’s change it! Find out how YOU can get involved.

Chih An Lee is the Global IT Campaigner at Greenpeace East Asia, based in Taipei