Our Sustainable Future: A look at Rare Earth Elements 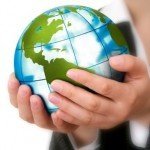 The world is expanding, quicker than ever before. The sheer amount of people we have on our planet, mixed in with the demand we have for new technologies could soon spell trouble. Seventeen elements from the periodic table make up a group we call Rare Earth Elements(REEs). Unfortunately these elements are becoming depleted at a rapid pace. You might think that fossil fuels is the main area of concern for our planet, though this infographic will show you that is not the case. The issue we have in front of us, when it comes to these REEs, is just as troubling; if not worse.  One of the main worldwide importers of REEs, China, has declared its REEs are nearly depleted.

These seventeen Rare Earth Elements are used in much of the technology we use everyday, such as, mobile phones, color displays, hard drives and satellite navigation just to name a few. If that isn’t bad enough, clean technologies are also in for a shock. Clean technologies are comprised of alternative technologies to generate energy, moving away from fossil fuels, such as tidal energy, solar power and wind turbines. Without REEs, creating these clean technologies will be somewhat problematic.

A look at rare elements and their future

The rare-earth elements are defined as a group of chemical elements composed of scandium, yttrium, and the lanthanides. The lanthanides are a group of 17 chemically similar elements with atomic numbers 57 through 71, inclusive. Although not a lanthanide, yttrium, atomic number 39, is included in the rare earths because it often occurs with them in nature, having similar chemical properties. Scandium, atomic number 21, is also included in the group, although it typically occurs in rare- earths ores only in minor amounts because of its smaller atomic and ionic size.

Rare-earths production is derived from the rare-earths ores bastnasite, monazite, xenontime, and ion-adsorption clay. Bastnasite is the world’s principal source of rare earths and is produced in China and the United States. Significant quantities of rare earths are also recovered from the mineral monazite. Xenotime and ion-adsorption clays account for a much smaller part of the total production but are important sources of yttrium and other heavy-group rare earths.

According to a recent Congressional Research Service report, world demand for rare earth metals is estimated to be 136,000 tons per year, and projected to rise to at least 185,000 tons annually by 2015. With continued global growth of the middle class, especially in China, India and Africa, demand will continue to grow. High-tech products and renewable energy technology cannot function without rare earth metals. Neodymium, terbium and dysprosium are essential ingredients in the magnets of wind turbines and computer hard drives; a number of rare earth metals are used in nickel-metal-hydride rechargeable batteries that power electric vehicles and many other products; yttrium is necessary for color TVs, fuel cells and fluorescent lamps; europium is a component of compact fluorescent bulbs and TV and iPhone screens; cerium and lanthanum are used in catalytic converters; platinum group metals are needed as catalysts in fuel cell technology and other rare earth metals are essential for solar cells, cell phones, computer chips, medical imaging, jet engines, defense technology, and much more.

Wind power has grown around 7 percent a year, increasing by a factor of 10 over the last decade, noted Peter Kelemen, Arthur D. Storke Memorial Professor of Geochemistry at the Earth Institute’s Lamont-Doherty Earth Observatory. “Every megawatt of electricity needs 200 kilograms of neodymium—or 20 percent of one ton,” he said. “So if every big wind turbine produces one megawatt, five turbines will require one ton of neodymium. If wind is going to play a major part in replacing fossil fuels, we will need to increase our supply of neodymium.”

Share and Enjoy:
This entry was posted in Innovations & Technology. Bookmark the permalink.